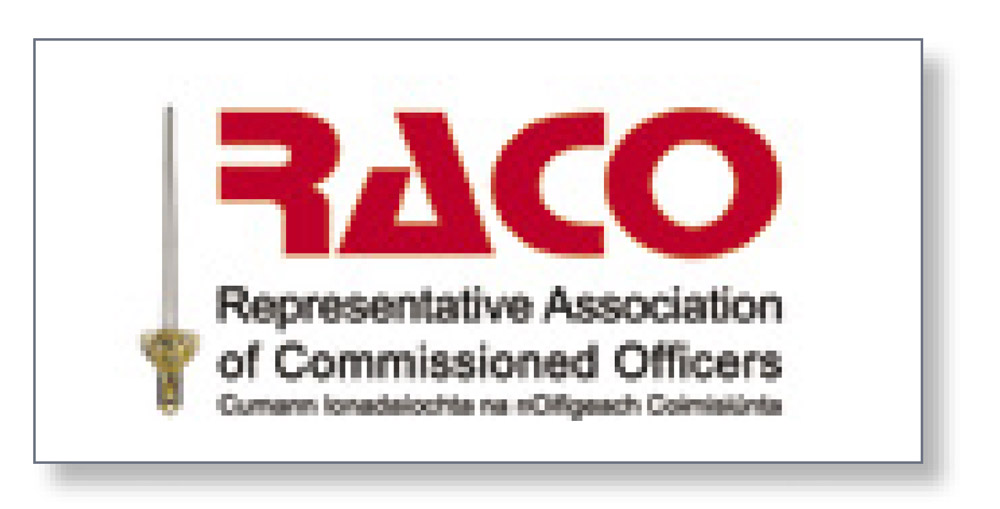 Membership is voluntary and open to all serving officers from 2nd Lieutenant to Colonel, and equivalent Naval Service ranks. Honorary membership is also open to all officer Cadets.

Almost 96% of all officers of the Permanent Defence Force are members of RACO. The Association greatly values its membership of the ICPSA, and the opportunity to advocate for issues of mutual interest alongside our colleagues in Brokers Ireland, as well as sister associations in the Defence Forces and An Garda Síochána.

WHAT are the Defence Forces and what do they do?

The Defence Forces are organised into the Army, Air Corps, and Naval Service, with an establishment of 9,500 personnel.

Other roles include fishery protection, maritime safety, diving operations and pollution control. The primary function of the Defence Forces is to defend the State against armed aggression. On the world stage, the Defence Forces participates in multinational peace support, crisis management and humanitarian relief operations in support of and under United Nations mandate. 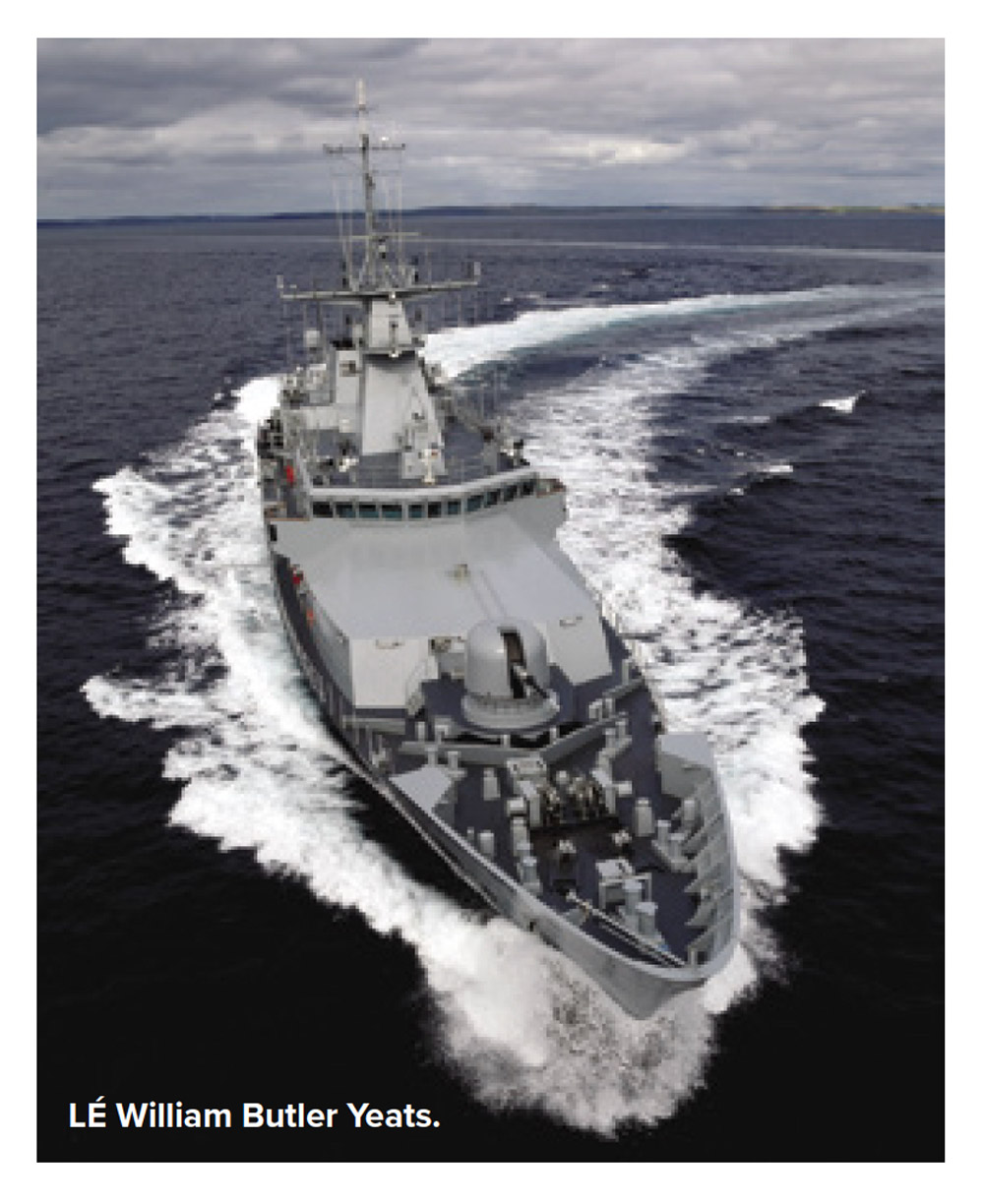 At present there are two large overseas missions, in Lebanon and Syria, and numerous smaller missions across the globe. At home, aside from preparation and training for the above, the Defence Forces provides Aid to the Civil Power (ATCP) and Aid to the Civil Authority (ATCA).

ATCP generally means providing assistance, when requested, to An Garda Síochána, and tasks range from armed support to Explosive Ordnance Disposal (EOD), to assisting with missing person searches, and everything in between.

ATCA occurs when Civil Authorities, such as County Councils, request assistance of a non-security nature, for example assisting with flood prevention or relief, or assisting with wildfires. In addition, the Defence Forces participates in various national ceremonial activities.

The Commission’s report, published in February 2022, identified several key issues. First amongst these was the unpredictability of the security environment in which the Defence Forces must operate, related to (among others) increased great power competition, continued instability on Europe’s borders – starkly illustrated later that same month with Russia’s invasion of Ukraine – a continued blurring of the lines between internal and external security (‘hybrid’ threats, particularly in the cyber domain), and a more demanding environment for troops deployed overseas.

Other issues highlighted included the current level of defence spending (the lowest ratio across the EU), which delivers military capabilities that are inadequate for the defence of the State, never mind Ireland’s international defence and security policy ambitions. The importance of Ireland’s exceptionally large maritime and air areas of responsibility and lack of capability in these areas were also identified. 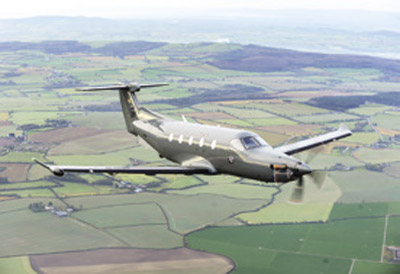 Following the report, the Government accepted the Commission’s proposed ‘Level of Ambition 2 – Enhanced Capabilities’, which aims to build on current capabilities and address specific priority gaps in the Defence Forces ability to deal with attacks on Irish sovereignty and to serve in higher intensity peace support, crisis management, and humanitarian relief operations overseas.

In order to achieve LOA2, over a six-year period to 2028 the Government has pledged to increase defence spending to €1.5 Billion and to increase the establishment to 11,500 personnel (both civil and military). The Government also published their High Level Action Plan detailing the intended response to each of the recommendations.

In representing the interests of its members, RACO has identified several key issues affecting them. These include staffing in units, the failure to implement the Working Time Directive, and an ominous pension crunch.

Staffing in Units The Defence Forces has a mandated minimum establishment of 9,500 personnel, including just over 1,200 officers. However, due to a chronic retention and recruitment crisis, there are currently approximately 8,000 personnel serving. 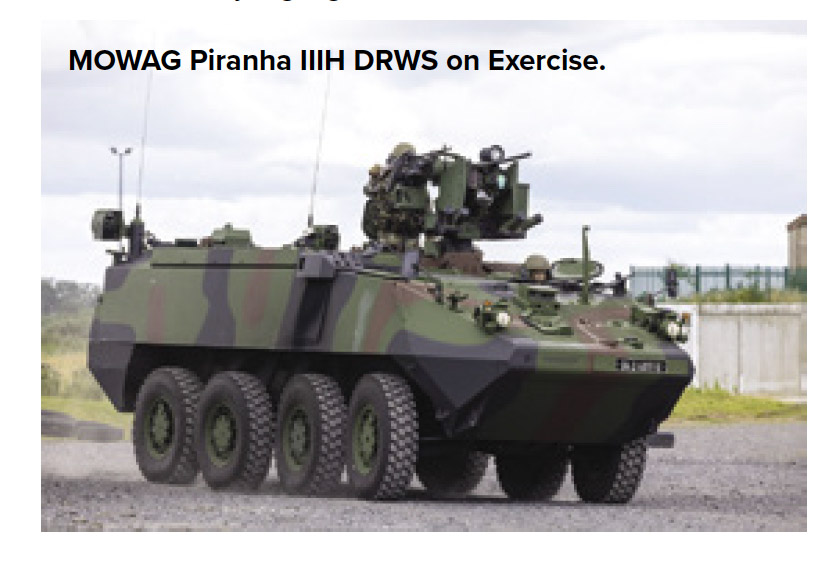 The figure of 8,000 (84% of establishment) might not seem too bad on paper, however with approximately 1,650 personnel continuously either overseas, about to deploy overseas, or just returned from overseas, and approximately another 500 on training courses at any one time, the availability of personnel in operational units is particularly poor.

Among Captain/Naval Service Lieutenant rank, which is the key middle management level of the Defence Forces, few units have over 50% of establishment (and typically far less on a routine basis).

This directly impacts on health and safety, supervision, and governance of the Defence Forces. RACO has consistently highlighted this issue since 2015.

The 2003 Working Time Directive is the primary EU legal document setting out minimum health and safety requirements for working time. However, when the WTD was transposed into Irish Law through the application of the Organisation of Working Time Act 1997, the Defence Forces and An Garda Síochána were explicitly excluded from the scope of the Act.

At present many Officers, through their own good will, work excessive hours, often for long periods, without compensation. Following a European Court of Justice ruling and further legal actions in the Irish Courts, the State has accepted that this blanket exclusion is not compatible with the WTD.

The Court indicated that any exclusion of Defence Forces personnel “must be limited to exceptional circumstances”. However, the WTD has still not been implemented. RACO and its members understand and accept that at times working beyond the accepted maximum 48-hour working week is unavoidable and necessary; however, there also must be recognition and acceptance that protections are required to bring the average working time down (at a minimum) to the maximum 48 hour working week.

There is also a requirement to compensate for additional working time when it exceeds the normal working week. Given the ongoing retention crisis, faithfully implementing the WTD is a crucial opportunity for the Defence Forces. The recent Commission also believes that implementation “will improve retention, wellbeing and productivity in the Defence Forces.” 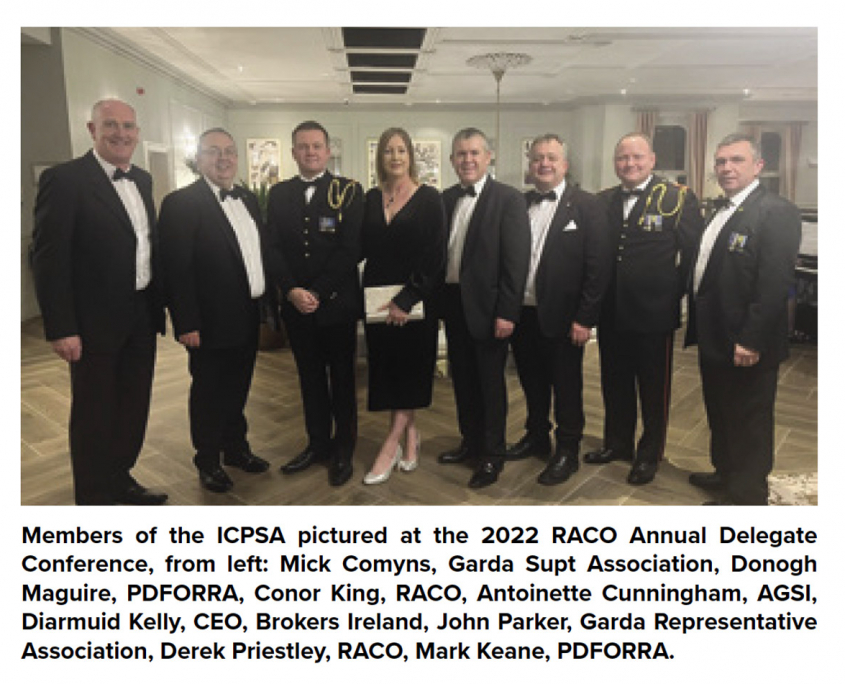 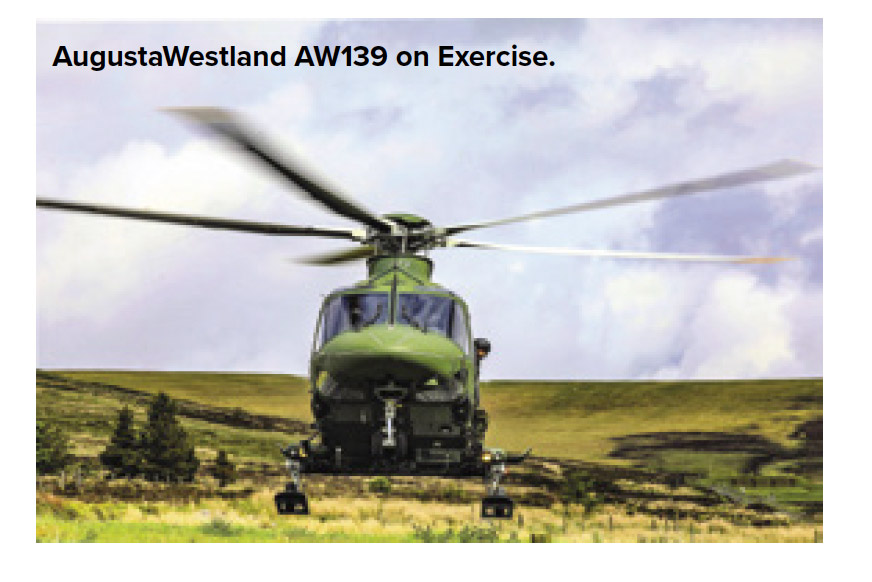 As of this year, some 50% of RACO’s members have joined the Defence forces since 2013 and are therefore subject to the Single Pension Scheme.

This Scheme was not designed for Public Service ‘Fast Accrual’ groups, such as An Garda Síochána, the Prison Service, the Fire Service, and the Defence Forces, who for operational reasons require their employees to retire earlier than the remainder of the Public Service.

The 2013 Scheme is a defined benefit pension where benefits are based on a career average, rather than a final-salary model. This lower total benefit coupled with an earlier mandated retirement age leaves a period of up to ten years where a former officer is on 20% of their annual wage until the State Pension is paid, and even then, their pension would only equate to 36% of their final salary.

In comparison a Public Servant in a standard accrual position can work for those additional ten years, and then immediately retire on 42% of their final salary. Prior to 2013 there was a supplementary pension that compensated for the early mandatory retirement age which is no longer available.

Despite the ongoing retention crisis, many post-2013 members feel they will have no option but to exit the Defence Forces in order to secure a viable financial future, compounding the retention crisis further. RACO is seeking the reinstatement of the supplementary pension facility for post 2013 members.